As a part of SoK project, I am currently porting device notifier applet to Plasma2. Device notifier applet was already ported to QML by Viranch Mehta so it was somewhat easy task for me. In a Plasma2 port first task is to change versions of imports and some other modifications. Result was awesome, I got Device Notifier applet in working stage. 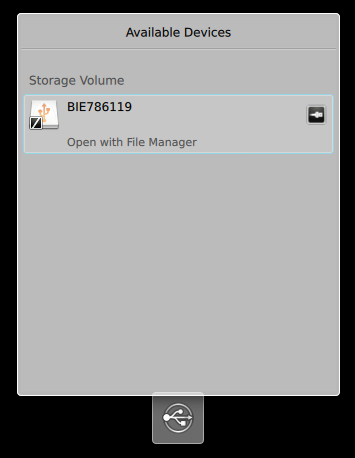 Here is a configuration dialog which is ported to QML. 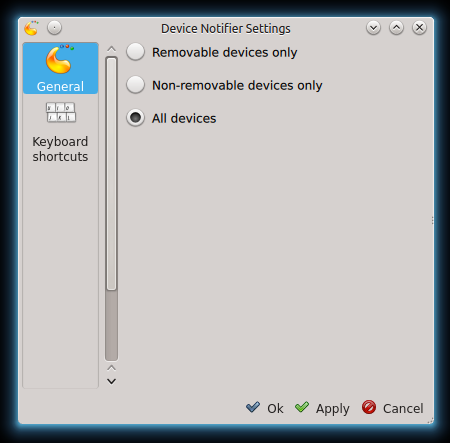 But currently other options like Device actions, Removable devices are still missing.